When people think of immigration, Canada is generally one of the first countries they think of. This comes as no surprise because of the several factors Canada has or does that puts it above wanting to immigrate anywhere else.

For one, Canada is one of the only countries that has paid maternity and paternity leave. They are also highly rated when it comes to their education and healthcare system.

Are you one of those people thinking of moving to Canada? Then let’s have a look at the cost of living in Canada in 2022.

How Affordable is Canada?

Cost of Rent in Canada

The main thing to keep in mind when looking at the affordability in Canada is that all the provinces and territories have different ranges. This means that regardless of what you’re earning, you are bound to find something in your range.

Below are considered some of the more affordable cities in Canada to rent a one or two-bedroom apartment.

Canada has over 100 visas and immigration programs that create a pathway for you to move to Canada. There are several ways you can come to Canada as a permanent resident. They are as follows:

Express Entry is an online immigration system that allows foreign skilled workers to immigrate to Canada as a permanent resident. This is achieved through the three programs managed by Express Entry.

Express Entry is highly favoured by foreign nationals because of how quick the processing times are, as quick as six months. You can also earn a higher Comprehensive Ranking System (CRS) score by applying with your spouse or common-law partner. The higher you score, the better the chance of you receiving an Invitation to Apply (ITA).

Receiving an ITA means that you may apply for permanent residency.

The Provincial Nominee Program was designed to help strengthen the economies of Canadian provinces and territories by providing a pathway for foreign skilled workers to immigrate to a particular province.

You have two options when applying for a nomination. They are as follows:

It’s always good to apply to a province or territory where your job or skill is in-demand as this will only increase your chances of receiving a provincial nomination.

If you’re all about living in a tight-knit community then applying through the Atlantic Immigration Pilot (AIP) is exactly the program for you!

The Atlantic Immigration Pilot creates a pathway for immigrants to move permanently to the four Atlantic provinces; Newfoundland and Labrador, Prince Edward Island, New Brunswick, and Nova Scotia. These provinces are in need of skilled labourers because of the shortage in their workforce due to a high retirement rate. Of course, this works in your favour as this only increases your chances of receiving a visa.

There are three programs within the Atlantic Immigration Program that you can apply for, they are as follows:

Living as an Immigrant in Canada

Canada is known as a place of diversity and multiculturalism for a reason. The country has over 250 ethnic origins or ancestries and over 200 languages can be heard spoken all over Canada.

Canada offers more than just a home, it offers safety, great healthcare and education. Even more, it’s the land of opportunity and new beginnings for everyone.

Did you know that Canada has over 500 immigrant-serving organizations across the country? Not only do they create several pathways for you to come to Canada but they also ensure that you have support when you do.

Now that you’re aware of the cost of living in Canada in 2022 and ways to immigrate. Check out which visa you qualify for today! 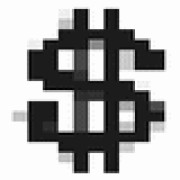 How to Immigrate to Canada from the Philippines in 2022

How to Get a Canadian Work Visa from Nigeria?